Even if you concede that there might be some merit to the argument here, what about bias and research. One of the key aspects of EBM is to detect bias and undue influence on the research process.

Research bia is a fascinating topic.  Early in his career,, Sackett (one of the fathers of the EBM movement) had catalogued some 57 varieties of bias in analytic research (Journal of Chronic Disease, Vol 32, pp 51-63, 1979)  (J Chron Dis). As far as I know, there is no relationship between Sackett’s findings of 57 varieties of bias in analytic research and the Heinz ketchup advertisement and logo of 57 varieties. Imagine the impact Dr. Sackett would have had if he’d chosen that line of marketing. 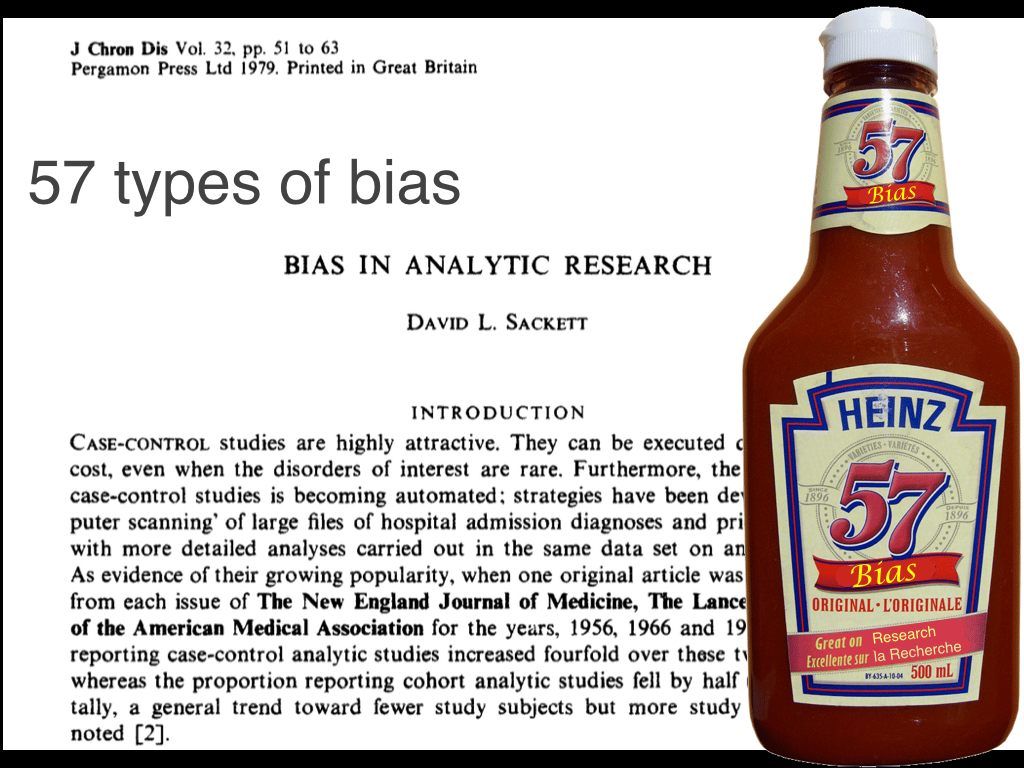 Nowadays one might publish these results as a compendium of bias in clinical research with a more  arousing title 50 Shades of Bias. It will undoubtedly be quite a stimulating read. 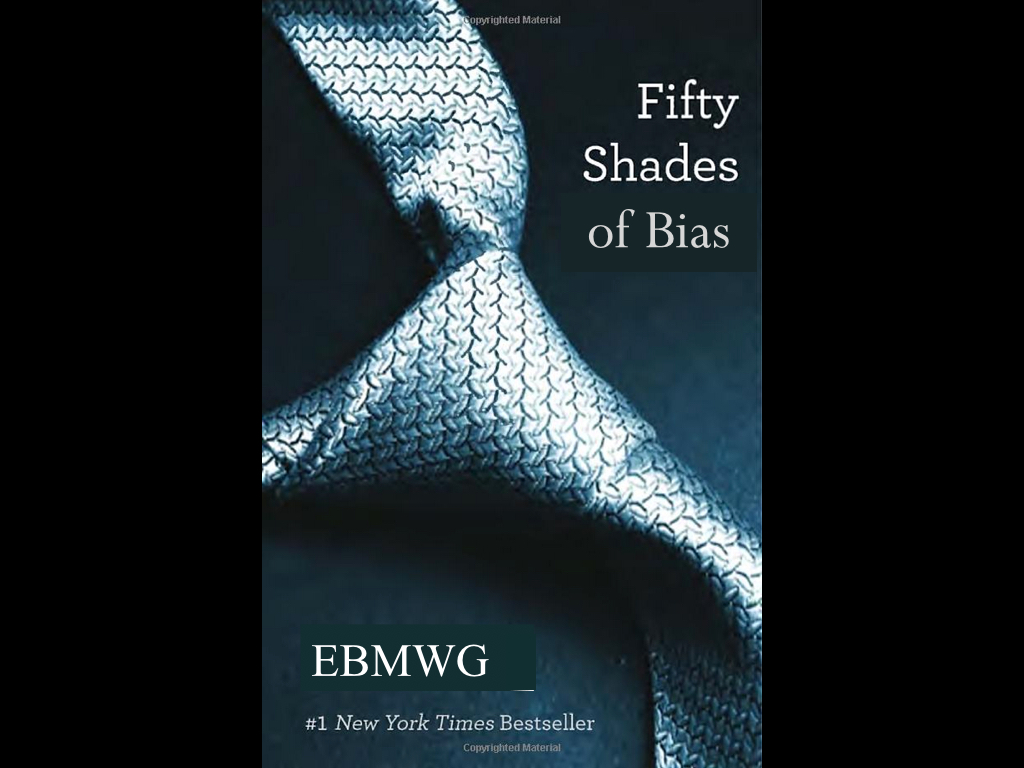 But on a more serious note, bias is considered the evil arch-nemesis of all clinical research.  There is so much effort spent trying to stamp it out, that we rarely ask ourselves what the concept of bias  tells us about the entire enterprise of clinical research.  Bias is like  crime in society, we are so busy trying to stamp it out, that we rarely ask ourselves what it tells us about the nature of our society, about social inequality and education, about opportunity, justice, alienation ignorance.  etc.  If halt trying to stamp out bias in clinical research for a moment and step back to consider what the concept of bias tells us, we can infer right away that clinical research is not terribly objective. The fact that bias plays such a central role indicates how susceptible to influence the research enterprise is.  Do you think that physicists and chemists and most bench researchers carry out double blind randomized controlled trials? Do you think the scientist assessing whether eggs stick to a new polymer coating on a frying pan does randomized trials.  The preoccupation with bias in EBM tells us right away that we are dealing with a deeply subjective enterprise. In fact, almost everything we need to know about bias is evident in the concept of the “placebo effect”. The placebo effect screams out how deeply subjective is clinical research. When you stop and think about it, the placebo effect tells us that individuals (physicians, patients and nurses) cannot even interpret how they feel or what they observe with any degree of objectivity. We have to put blinders on them so they wont distort their own impressions. I mean clinical science seems to have a lot more in common with political science than, say, physics or chemistry.