There is a somewhat apocryphal anecdote about the philosopher, Ludwig Wittgenstein, that tells of him walking around Cambridge and asking passersby the question: “Tell me, why for so long did people think that the sun revolved around the earth?”  Invariably, people would respond by saying something to the effect: “Because it looks that way, Herr Wittgenstein”.  And Wittgenstein would then respond: “Please tell me then, how would it look if the earth revolved around the sun?” 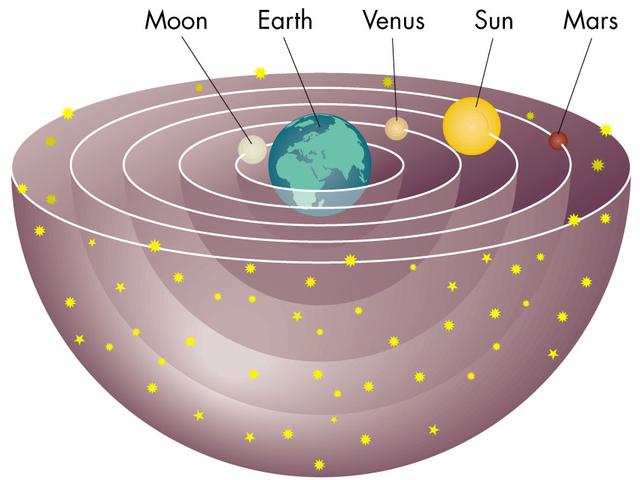 I related this anecdote about Wittgenstein and geocentrism for a specific reason. It took me many years to come up with an accurate analogy for the shortcomings of EBM.  But I am of the opinion, and have been for some time, that EBM is in many ways analogous to Geocentrism:  insofar as it is   1) the dominant paradigm of our time, 2) associated with innumerable anomalies and peculiar findings,  and 3) it is based on a fundamental misconception about evidence and the world around us.

Like all analogies, this one between EBM and Geocentrism can be misleading and does not have perfect congruence. But I think it is close enough and ignominy way sheds light on the shortcomings of EBM and why EBM just doesn’t work. So please indulge me as we move forward.

As mentioned above, EBM has become the dominant paradigm as far as how to teach, learn and practice medicine. In fact, in the official declaration of EBM from the 1992 paper published by the Evidence-based medicine working group (EBMWG), the authors explicitly and unabashedly designate their approach as a “New paradigm for medical practice”. And they suggest that their idea, Evidence-Based Medicine,  represents a “paradigm shift”.  Whether EBM is a true paradigm in the Kuhnian sense or not is irrelevant.  I think few people would contest the predominance of EBM within the medical world. Medical schools, residency training programs, conferences, journals all pay homage to it. The proliferation of books with the phrase “Evidence-Based Medicine” in their titles is further reinforcement of this.  It is not an exaggeration  to suggest that the dominance of EBM within medicine is almost biblical.

One of the interesting repercussions of EBM is that, while it initially was conceived as a way for physicians to critically evaluate literature and incorporate it into their practice, it’s impact has been much deeper.  Because EBM determines  the criteria for what constitutes good evidence in clinical research, it has directly impacted the way that research is done.  Research is created in the image of Evidence-Based Medicine.  It is analogous to students in a class being told that their assignments will be graded based on their use of large, complicated words. You can be pretty sure that there will be a copious proliferation of polysyllabic compositions. So it is with EBM. By determining standards for what is good research, it has determined how clinical research is done.  It is the tail of EBM wagging the dog of clinical research.  Or if you prefer religious analogies, it is like a deity which has created research in its own image. 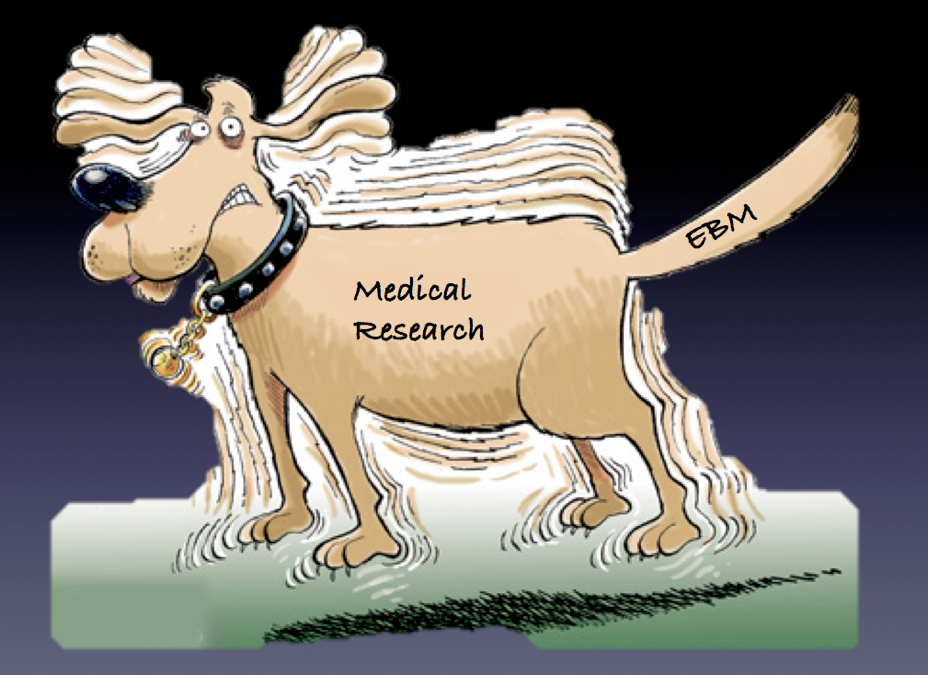 As I mentioned above, I think there is a compelling analogy between EBM and Geocentrism and I suggested that EBM is at the present dominant paradigm of how to teach, learn and practice medicine. I also suggested that it has gives rise to numerous anomalous and peculiar outcomes and is based on a fundamental misconception about evidence and the world around us.

These are very provocative questions, especially when one considers the privileged and dominant position which EBM occupies in the sphere of medical education and practice.

But as I suggested above, it is my firm contention that EBM is analogous to the geocentric conception of the universe, insofar as at the heart of this dominant and common-sensical paradigm lies a basic misconception about the nature of clinical phenomena and how we measure it.  But this is a  theoretical argument, which, regardless how well my argument is executed, will not likely persuade many practicing physicians or proponents of EBM. Moreover, it is important to note that the Geocentric Conception of the Universe, even though it was based on a major misconception, did explain a great deal of phenomena and did appear to have more than modest success at predicting the movements of celestial bodies. There were just numerous “observed inconsistencies”,  for which it could not account.