Some people point out that throughout this argument, I don’t seem to provide much “evidence” for my position, but use lots of analogies. Its more like argument from analogy, they say.  To this I would say “quite true”.  I do not provide much evidence, at least not as it is typically construed in quantitative EBM terms. But there are two reasons for this. First, I really don’t believe most people are convinced by evidence anyway. I think we tend to use evidence to support our beliefs and discount it when it doesn’t do so. You may think this is cynical, but I don’t think so. I think that there is a very complicated to and fro, back and forth reverberation between belief and evidence. We can and do change our beliefs, but it usually occurs gradually and almost imperceptibly, much like the way a  massive ocean liner turns about.   The second reason I have presented the way I have, is that I believe people are more influenced by a compelling narrative, a story of sorts, which  gives context  and explains their experiences.  I hope these lectures provide this.

There is another argument one can pose towards Evidence-Based Medicine. One can hold a mirror up to EBM and ask it where is the evidence that EBM makes for better patient care?  Show me the randomized controlled trial demonstrating the superiority of EBM vs non-EBM.  But I think this is a spurious argument. EBM is not a scientific hypothesis or theory which lends itself to being disproved.  It is a value-laden belief system, like democracy or communism. Nobody will be convinced to change their views of democracy or communism because of arguments based on quantitative data. What I have attempted to do in this website and in the accompanying videos is call into question the value of “quantification” and of the entire EBM enterprise.  I’ve attempted to frame EBM for what it is: a belief system which privileges one type of evidence, above all others (i.e., quantitative evidence). And I’ve argued that our attempts to generate quantitative evidence from the inherently qualitative nature of most medical experience is fraught with misleading and conflicting data. I’ve attempted to show that just because we purport to measure medical phenomena in quantitative terms, just because we give it numerical values, does not make it objective. It is just a facade of objectivity.

I have tried to show that at the heart of Evidence-Based medicine lies a fundamental misconception, a misguided assumption about the nature of clinical research:  What I’ve called the “fallacy of quantification”. I’ve tied to show that quantifying complex medical phenomena is a crude and inexact process, which leads to all sorts of strange results and outcomes. I can appreciate that there is something very comforting, almost seductive in the process of quantifying complex phenomena and making it appear neat and tidy, in order to facilitate measurements.  But it is important to remember that a great deal of information and phenomena was distorted and discounted in order to make things neat and tidy. Regardless how neat and tidy things look, the measurements are only as good as the tool it uses. 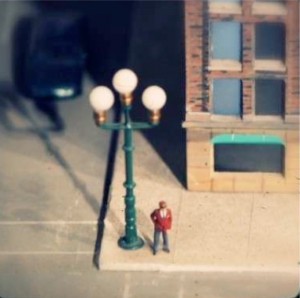 There is an old anecdote about a man who is standing around a light pole in the night looking for the keys to his car. A second fellow comes along and offers to help and together they both look for the keys. After about 30 minutes, the second fellow asks the first fellow:  “are you sure that you lost your keys here. I mean, we’ve been looking for over half and hour without any success.” The first fellow looks around and then points to a darkened alleyway and says, “Oh no…, I lost them way down that dark alley, but since there’s no light there, I figured it wasn’t worth looking there.”   If the only light we use is the light of quantification, then there are lots of things we’ll never find.